Emily Thurmond of Darlington School and Colin Humble of George Walton High School were named as the recipients of the four year scholarships by Coach Dooley at the Awards ceremony on April 5.  Both recipients had very distinguished high school careers.  In particular it was noted that Emily had begun a program of raising money for musical instruments for mentally challenged students in a nearby school, and Colin had begun a Christmas program for the homeless that led to an ongoing program of groceries, meals twice a week, and a bicycle restoration project for the homeless. 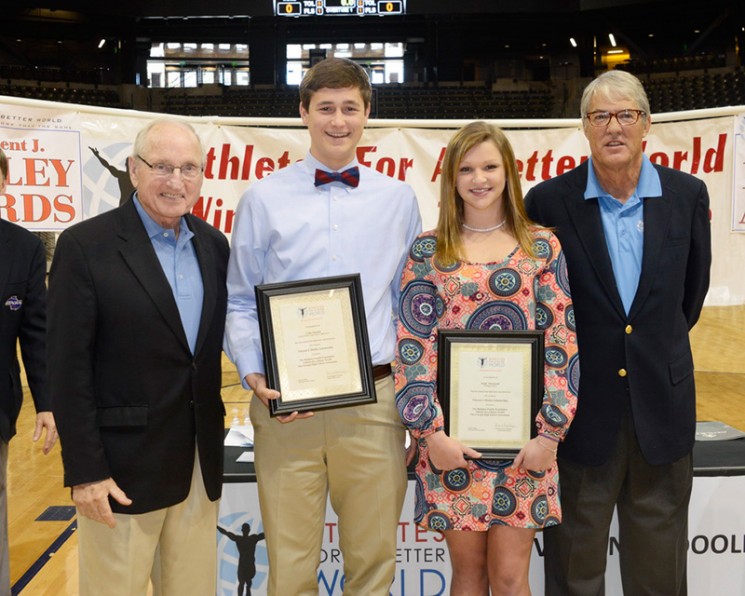 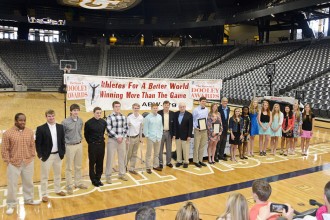 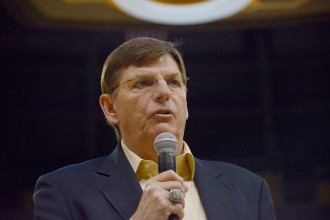 END_OF_DOCUMENT_TOKEN_TO_BE_REPLACED

Annabeth Pruett of Prince Avenue Christian School and Jonathan Conner of Tucker High School were announced as the recipients of the four year $1,000 a year scholarships at Turner Field.  Over 500 people braved the rains to be present as Award recipients from the High Schools of Georgia were recognized for their outstanding character and leadership.   “These are the most outstanding young people in the state of Georgia,” said Fred Northup of ABW, “and each person is within arm’s reach of a Class President,  captain of a sport, the President of the Student Body, head of the Beta Society, Head of the Honor Society or countless other honors that have led their school to recognize these young people as the most outstanding young person in their school.”  A complete list of all those honored is below the pictures.

END_OF_DOCUMENT_TOKEN_TO_BE_REPLACED

Chris Moroz of Upson Lee High School and Sierra Menzies of Mill Creek High School have won the Fifth Annual Vincent J. Dooley Scholarships presented by Athletes for a Better World, the Georgia High School Association and Chick-fil-A.  The scholarships, $1,000 a year for four years, were announced by Coach Dooley at ceremonies at Turner Field on April 29 before the Braves game.  The twenty finalists for the scholarships were introduced down on the field prior to the game.  Over two hundred other high school seniors were recognized by their high schools as being the Dooley Award Recipient for their high school.  All of those honored represented the highest standard of character, teamwork, and citizenship in their respective schools.