Vince Dooley was born in Mobile, Alabama. He accepted a football scholarship to Auburn where he was an all-star in football and basketball and earned a Bachelor’s Degree in Business Management and a Master’s in History. After service in the Marine Corps and as an assistant coach at Auburn, at the age of 31 he was named the head coach of Georgia. For over 50 years, he has had an enduring impact on the University of Georgia, the Southeastern Conference, and collegiate athletics across the country. He served as head football coach from 1963 to 1989, and as the Director of Athletics from 1979-2004. His 25 years as head football coach earned him the distinction as the most successful coach in Georgia history: a record of 201-77-10, one national championship (1980), six SEC Championships, and he took his teams to 20 Bowl games.

Dooley is the only person ever to hold the presidency of both the American Football Coaches Association and the National Association of Collegiate Directors of Athletics, and the only person inducted into the Sports Hall of Fame in two states, Georgia and Alabama. He has been the recipient of countless awards, including the highest national awards in coaching and in athletic administration including the Bear Bryant Lifetime Achievement Award, the Amos Alonzo Stagg Award, the Duffy Daugherty Memorial Award, the James J. Corbett Memorial Award, the John L. Toner Award, and the Homer Rice Award. He was twice named NCAA National Coach of the Year, SEC Coach of the Year seven times, and NCAA District Coach of the Year six times. His football legacy was completed with his election to the National College Football Hall of Fame in 1994.

As athletic director, his Georgia teams won 23 national championships, 78 SEC team championships and numerous individual national titles in both men’s and women’s sports. His contributions to UGA were recognized in 2008 with the dedication of the Vince Dooley Athletic Complex with a special statue and garden.

As part of the University’s Third Century Campaign, he initiated the Vincent J. Dooley Library Endowment Fund with a personal gift of $100,000. His community service and charity work are extensive and include work with the Heart Fund, Multiple Sclerosis, Juvenile Diabetes, Boy Scouts, the homeless, and he is currently serving on the Advisory Board of the Salvation Army. He chaired a successful million dollar fund raising campaign for new Salvation Army facilities in Athens. He served 28 years as the long-standing chairman of the Georgia Easter Seals Society, was named National Volunteer of the Year, and a new Easter Seals facility in Atlanta was built and named for him. He and his wife, Barbara, co-chaired a fund-raising campaign to establish a Catholic high school in the Athens area. Dooley, who was instrumental in the University’s campus being designated as an arboretum, was presented with the Georgia Urban Forest Council’s 2001 Individual Achievement Award, and in the Horticulture Department an endowed professorship was established in his name.

For many years, he has also done hundreds of speaking engagements and appearances for numerous, worthwhile charitable causes. In the spring of 2016 he became Chair of The Georgia Historical Society (Savannah) and serves on the board of the National Civil War Preservation Trust and is chair of its Education Committee.

For the last seven years Dooley has spent a week each year in a foreign country doing service work. As a member of the Order of Malta, he went to Lourdes, France, accompanying the sick for healing, and for the past four years has worked in an impoverished village in Honduras. 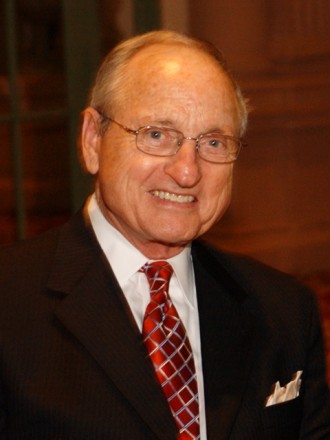