The professional recipient, Johann Koss, is a four time Gold Medalist, the Founder of Right to Play, and an international humanitarian.

Koss made his Olympic debut at the 1992 Winter Olympics, finishing seventh in the 5,000m, five days after undergoing surgery because of an inflamed pancreas. He would recover to win gold in the 1,500m (by only 0.04 seconds over his countryman Ådne Søndrål) and silver in the 10,000m (behind Dutch skater Bart Veldkamp).

In 1994, the final year of his speed skating career, Koss also gained fame outside the speed skating world by winning three gold medals at the 1994 Winter Olympics in his native Norway, winning all races in new world records, two of which would remain unbeaten until the clap skate era. For his performance, he was named Sports Illustrated magazine’s Sportsman of the Year in 1994, together with Bonnie Blair. In addition, he received the Oscar Mathisen Award for speed skating three times: in 1990, 1991, and 1994.

After his speed skating career, Koss trained as a physician at the University of Queensland in Australia. He became a UNICEF ambassador and a member of the International Olympic Committee (until 2002).

In 2000 Koss founded the Canadian-based International Humanitarian Organization Right To Play, which uses sport and play as a tool for the development of children and youth in the most disadvantaged areas of the world. The organization operates in more than 20 countries reaching over one million children each week and is supported by more than 620 staff worldwide and over 14,900 volunteer Coaches. In August 2015, Koss transitioned into the role of Founder at Right To Play where he still stays very active in a variety of fundraising initiatives, and where he maintains his seat on the International Board of Directors.

Koss completed his Executive MBA at the Joseph L. Rotman School of Management in the University of Toronto in Canada. He has Honorary Doctorates from several universities – Brock University, University of Calgary, Vrije Universiteit Brussels, and the University of Agder in Norway. On 1 July 2015, Koss was made an honorary Member of the Order of Canada.

Koss and his wife Jennifer live in Toronto and have three children, Aksel, Annabelle and Andreas. 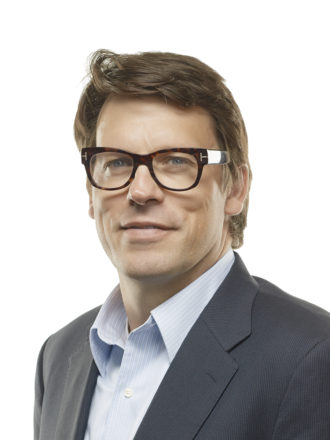