In 1996, Danny won the coveted Heisman Trophy Award while playing football at the University of Florida. As quarterback, he led the Gators to four SEC Championships and UF’s first National Football Championship under the leadership of legendary coach Steve Spurrier. Wuerffel set 17 NCAA and UF records, won the Maxwell and Davey O’Brien Awards (nation’s top QB), as well as the Campbell Award, given to the nation’s top scholar-athlete. In 2014, Wuerffel was inducted into the College Football Hall of Fame.

Drafted by the New Orleans Saints, Wuerffel played seven seasons in the NFL (Packers, Bears, Redskins). During his playing years, Danny continued to make service a priority in each city, but felt the strongest connection to the children and families living in New Orleans’ poverty stricken Ninth Ward, home of Desire Street Ministries. Wuerffel left the NFL in 2004 to join Desire Street, later becoming its Executive Director and relocating the headquarters to Atlanta to allow the organization to have a larger impact in the Southeast. Wuerffel felt called to serve leaders in under-resourced neighborhoods and continues to be a champion for inspiring community-led revitalization.

In 2020, the Wuerffel Foundation was established to inspire, support and honor community service leaders to make a positive impact in the world. Wuerffel speaks at corporate and non-profit events and consults to non-profit leaders and philanthropists. Wuerffel resides in Atlanta with wife Jessica and three children. 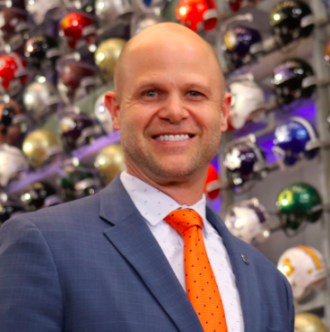