“The platform that baseball has provided me has led to wonderful opportunities and, at times, special recognition. Receiving the Coach Wooden Citizenship Cup was a tremendous honor. Coach Wooden stood for integrity and leadership and I was honored to have met him. Receiving an award bearing his name had great meaning to me.” 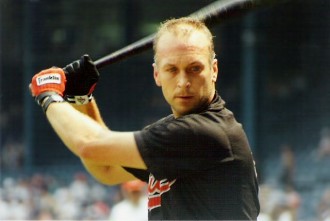